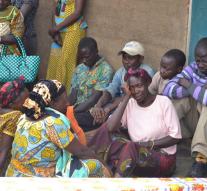 - At least thirty people, including a member of the UN peacekeepers, have been killed in fighting between the army and UN troops and Ugandan Islamist rebels. The violence was Sunday in the northeastern Democratic Republic of Congo, local sources reported Monday.

In the area are slain at least five hundred people according to local activists since October 2014. Rebels go overnight regularly in the attack with machetes and axes.