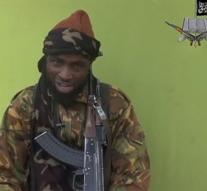 - Approximately 25 people have been killed Wednesday by a terrorist group Boko Haram attack on a village in southern Niger.

Warriors Boko Haram kills four people in the village, but they were driven back by Nigerien military. Which thereby brought twenty militants were killed, a spokesman said Thursday.

The last movement from Nigeria carries out attacks in parts of Niger, Chad and Cameroon. Approximately 600 000 people on the flight were beaten in the area for the violence.

Soon to be 8700 UN peacekeepers deployed in the area. This happens when the rainy season has ended, the United Nations declared last month.