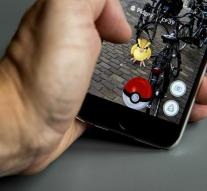 - The Tilburg police are investigating whether a 31-year-old from Tilburg arrestee should be regarded as burglar or night hours only Pokemon Go was playing.

Police received around 01. 00 pm in the night from Saturday to Sunday a message that local people had been arrested a burglar in the Aquinas Street. Agents found that five family members who held a man at bay. The accused was beaten and was bleeding from his mouth.

The Tilburger was transferred after medical treatment to the police station, where he told the hearing had just been looking for Pokémon. Both parties have registered together. According to police,, is currently not clear what is exactly was going on. '