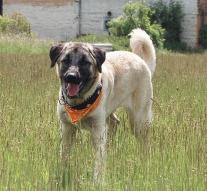 stetten am caltic market - A dog died on Wednesday in the southern German town of Stetten am Kalten Market on the street a 72-year-old woman died. A woman who witnessed the attack immediately called an ambulance. However, the nurses could do little because they were at risk of being attacked by the dog.

After the dog, an Anatolian shepherd, had stopped, it was late for medical help. The elderly woman died of injuries to her neck and head. The police found the dog at a house further. The aggressive shepherd and two other dogs in that place were shot by agents. The boss of the shepherd was absent during the incident.