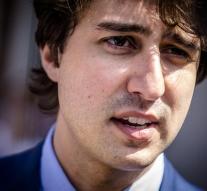 hilversum - The widely discussed documentary about GreenLinks party leader Jesse Klaver is not paid from government money. 'BNNVARA has to pay for costs,' says Frans Klein, director of television at the Dutch Public Broadcasting Service (NPO). Initially, according to him, NPO money for the movie Jesse was available.

Sunday it became known that the documentary, which was scheduled to be on TV at the beginning of next week, is not broadcast. Reason was the fuss about the maker Joey Boink, who was active for the party during the campaign.

According to Klein, in 'good but intense consultation' it was decided that the documentary does not come on the tube. He himself heard on Thursday afternoon that the creator was employed by GroenLinks. 'That was the reason for consultation. '