Home / World / Dismissal with compensation after asking for 'negerzoen ' 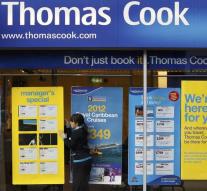 frankfurt - A manager of travel agency Thomas Cook in the German town of Oberursel who had ordered a negerzoen,, '' the Cameroonian origin canteen lady, can not be dismissed without compensation. Tuesday decided that the labor court in Frankfurt. The sweet pastry called in Germany today a Schokokuss. The name negerzoen has been abolished in most countries because that would be racist.

Because the man for more than ten years old without incident works at the company, it is without a previous warning is not justified to him without compensation on the street, the court judges. Thomas Cook would first study the written substantiation of the ruling before further action is decided, according to a spokesman. According to the company it was not a one-off incident, but constant provocation from the manager to address the canteen lady.