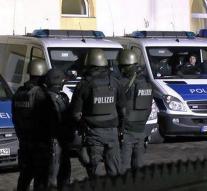 munster - What has been the case for years and never gave rise to disagreement, there must now be a high court in Germany: can the police deny a man who is 1.66 meters tall? The law states that an agent must be at least 1.68 meters.

The 32-year-old's rejected candidate went to the administrative court in Gelsenkirchen, which gave him the right: the police had to take him. In turn, the state was opposed to appeal. Now the supreme administrative judge has to apply.

The case drew a lot of attention. Meanwhile, women who are too small in the letter of law have made their rejection. In all seven cases, the administrative court gave them the right. Female agents must be at least 1.63 meters in Germany.

In the Netherlands there are no restrictions on the minimum and maximum length of police officers.