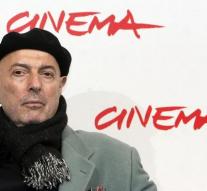 - Brazilian film director Héctor Babenco Wednesday at the age of seventy deceased in Sao Paulo, Brazilian media as reporting. He performed his greatest commercial success in 1985 with the movie Kiss of the Spider Woman, which he received an Oscar nomination for best director.

Babenco directed his first feature film in 1975, King of the Night. In 1981 he made his international breakthrough with Pixote, which he won awards at film festivals in Locarno, San Sebastian and Los Angeles. With Carandiru, a film he made in 2003, he won seven prizes. He worked with actors like William Hurt, John Lithgow, Raul Julia, Jack Nicholson, Meryl Streep, Tom Berenger and Daryl Hannah. He also acted in several films themselves.

The lived in Argentina Babenco was born and worked in South America, Europe and the United States. Besides directing and acting, he wrote screenplays and worked as a producer.