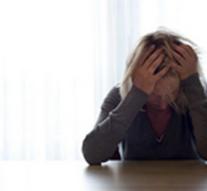 - The number of Dutch people with depression, anxiety or mood swings uses online therapy this year grew by 85 000 patients. But the professor of eMental-Health at the VU University Amsterdam, Heleen Riper, warns of the risks.

It reports the AD. We still know far too little about its effectiveness. Never before, the number of customers of the two market leaders, established in 2008, the Amsterdam District Mind and Utrecht IPPZ, so massively increasing. According to figures of the two largest providers of online therapy in the Netherlands.

Certainly 285. 000 Dutch made in 2015 using a mix of therapy via the computer or their mobile phone and face-to-face conversations.