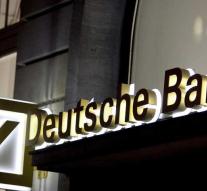 berlin (anp) - The Deutsche Bank summit was very worried after the US elections that The Trump Organization would default on paying $ 340 million in loans during the year.

Bloomberg reports this on the basis of insiders. The management of the financial group, including former CEO John Cryan, reportedly discussed, among other things, the extension of repayment terms until the end of a potential second term for Trump in 2025. This did not happen for unclear reasons.