Home / World / Deputy Prime Minister of Israel away after allegations 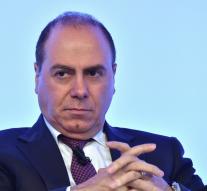 The 57-year-old politician from the right-wing Likud party, says he is innocent. He finds according to Israeli media that the allegations that are already done for years, hurt him much in his job and in his personal life to stay on longer.

Several former employees of Shalom complained about him. The Public Prosecutor announced an investigation.