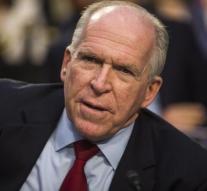 london - If Donald Trump really wants to draw a line through the nuclear deal with Iran, it would be the height of folly ' '' to departing CIA chief John Brennan. The chief of US intelligence warned the next president of the United States on Wednesday for the risks in an interview with the BBC.

During the election campaign, Trump said he wants to get rid of the hard-won agreement reached on Iran's nuclear activities. ' I think it would be disastrous, '' said the CIA boss. It would play into the hands according to him precisely the hawks in Iran. If Iran then retry going to do to develop, follow other nuclear weapons states, Brennan fears.

The outgoing head of the CIA had more warnings for Trump. If he does, according to Brennan wise to approach Russian promises with skepticism. Which according to him often proved worthless in the past.