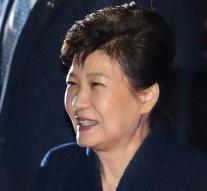 copenhagen - Denmark plans to supply the South Korean Chung Yoo-ra. The woman is in her native suspected of being involved in a corruption scandal surrounding the recently deposed South Korean President Park Geun-hye. This announced the Danish prosecutor Friday.

The German-trained dressage rider Chung Yoo-ra was arrested in January in Aalborg and is since then in detention. She is the daughter of Parks confidante Choi Soon-sil and there have darkened with her mother accused of using shell companies in Germany money. The 21-year-old denies the charges. Chung has three days to appeal against the extradition.