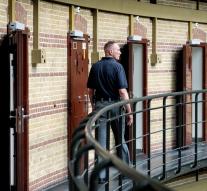 copenhagen - The Danish government is IS- combatants or entering into which the armed struggle in another country send in return to prison for life, says The Local . The new law is part of a series of laws that Danes who engage in armed struggle harder to punish.

The Danish Minister of Justice said the Ministry of Danes who fight abroad from now sees as traitors, and that offers the possibility to connect them for life.

Even those who have committed to the recruitment or participation in terrorist groups could get a life sentence. " People living in Denmark must be loyal to Denmark, and those can not be sure that they are being watched, and that they be punished, " said Minister Søren Pind.

The Danish law allows imprisonment for up to 16 years, according to the Danish secret service would have traveled about 125 Danes to IS area to fight there. b