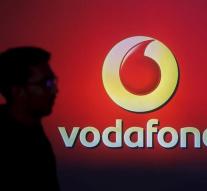 amsterdam - Unclear monitoring ensures delay the merger between Vodafone and Ziggo. The two telecom companies announced in February to want to go on together, subject to approval by the authorities.

The merger would be a second comprehensive telecom player created in the Netherlands in addition to KPN. Several political parties want the merged company's cable network with nationwide coverage, now owned by Ziggo, open to competitors. That's one of the things a supervisor to decide on. However, the European Commission has not yet decided which regulator deals with this issue.

The Dutch Authority for Consumer amp; Market (ACM) this task would like to take on and has therefore made a formal request. Initially, the decision was expected in Brussels next week, but this has now been postponed until August 3rd. Green light is expected at the beginning of 2017.