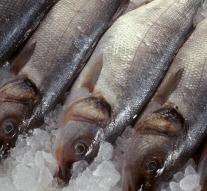 brussels - Deep sea fishing is prohibited at a depth of 800 meters in the Atlantic Ocean to Europe. On Thursday there is a political agreement reached in Brussels.

In addition, agreements on the protection of rare sharks, octopuses, fragile plants and deep water corals in areas where the trawl still be allowed. This makes this deal an appropriate balance between conservation and sustainable exploitation by fishermen, says Minister and temporary EU president Martijn van Dam (Fishing).

Especially French, Spanish, Portuguese, British, Irish and German vessels fishing in the deep sea in the North-East Atlantic. They have everything they catch reporting and one in five ships must have a scientist on board to ensure the reliability of the data. The European Commission will report annually on here and catch limits can expand if necessary.


The environmental organizations called united in the Deep Sea Conservation Coalition trawl fishing one of the most destructive of ways of fishing. They prefer a ban seen from 600 meters, because all life on the sea floor very slowly propagating and recovery so it takes a long time.

The agreement must still be approved by the Member States and the European Parliament before the new legislation is expected to come into force later this year.