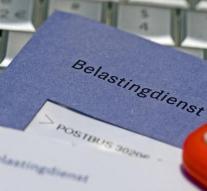 the hague - Various municipalities have reported to providers of so-called registration addresses. These are addresses where people enroll in the municipality while they do not live there at all. 'This opens the way to unravel all kinds of surcharges, for example,' said a spokesman for the Ministry of the Interior on Wednesday.

According to the Ministry have include Breda, Amersfoort, Leiden and now Capelle aan den IJssel was registered. The Public Prosecutor (OM) which assesses and must decide whether it comes to criminal prosecution.

In the meantime, Interior Affairs and also the Fraud Helpdesk warn of malicious practices. For example, providers of registration addresses should set up false leases for payment and use addresses of houses for sale while owners know nothing. The Fraud Helpdesk also received complaints from people who made a deposit and then heard nothing again.

The use of a fictitious address is prohibited. The law obliges Dutch to register with the municipality at the address where they live.

The phenomenon is not entirely new. In 2015, the ministry also took action against this kind of fraud. Then, in conjunction with Marketplace, advertisers were removed. In addition, governments try to detect address fraudsters by visiting visits. 'But this form of crime does not just disappear. We have to keep pressing for this constantly, 'said the spokesman.