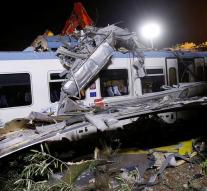 rome - The death toll of the frontal collision in southern Italy has risen to at least 27. About fifty people were injured, reported the Italian news agency Ansa Wednesday. Two trains collided Tuesday on a single track head-on between the towns of Andria and Corato, north of the city of Bari.

Italian Transport Minister Graziano Delrio said the cause of the accident is still unclear.,, We do not know what was the reason for the crash. '' According to media reports, many students and commuters using the regional train service. Both trains were at the time of the collision drove about 100 kilometers per hour. The trains, each consisting of four wagons, of which there were at least two heavily damaged.