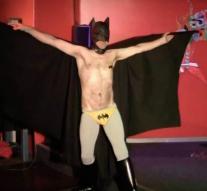 The 51-year-old Mark Hetherington had reported sick because of his panic attacks and physical symptoms. He would have been too sick to get out of bed, let alone to come to work, British media report.

Hetherington was summarily dismissed by the court and was sentenced to community service and must be gotten much benefit, seven thousand euros refund.