Home / World / Death penalty for women to join IS 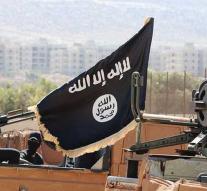 baghdad - An Iraqi court sentenced sixteen women to the death penalty for their involvement in the Islamic State (IS) terror group. The court reported that the women admitted they were with IS.

The women confessed that they were married to an IS terrorist. Some have admitted according to the court that they have provided logistical support to IS. Others indicated that they helped with the commission of attacks.

The judge said that the women are being hanged. They can still appeal against their conviction.