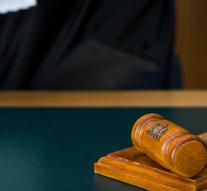 los angeles - A 37-year-old man who had tortured the eight-year-old son of his girlfriend with death, has received the death penalty in California. The judge in Los Angeles followed the advice of the jury, who had asked for the heaviest possible punishment because of the seriousness of the abuse. The mother of Gabriel Fernandez, who died in 2013, was sentenced to life imprisonment as a co-guilty party.

The stepfather had mistreated the boy for months. In May 2013, ambulance staff found the boy with serious injuries, including a skull fracture, broken ribs and burns in the house. The boy, who had starved and had to sleep in a closet, died two days later.

Judge George Lomeli called the actions of the couple 'terrible, inhuman and nothing but evil. 'According to the judge, it is the most serious abuse he had experienced in his long term.