Home / World / Death penalty for IS warriors to massacre 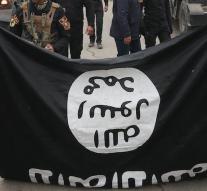 The massacre happened at the former US military camp Kamp Speicher, about 140 kilometers from Baghdad capital.

Uploaded by IS scattered images from 2014 shows how the soldiers were shot down. A number of bodies were thrown into the river Tigris, while the rest were in mass graves. The Iraqi government passed the graves in 2015.

Last year, 36 men were hanged for involvement in the massacre. 25 suspects have been released for lack of evidence.

The 27 men can still be appealed.