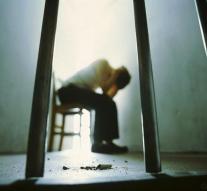 - A court in China has sentenced a man to death who had set a bus on fire which eighteen people were killed. The judge spoke of a,, extremely cruel form of crime '.

The man had in January in the northern region of Ningxia in a furniture store parked bus lit two bags with fuel. He did so after a labor dispute, it is not clear why he chose the bus.

The arsonist is appealing, as the authorities in Yinchuan let know.