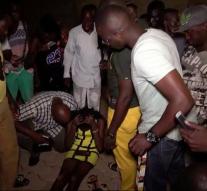 ouagadougou - In an attack on a restaurant in Burkina Faso, seventeen people were killed. Another eight people were injured. Armed men opened the fire at the Turkish restaurant Aziz Istanbul in the capital Ouagadougou on Sunday.

According to witnesses, visitors stormed the restaurant when it was shot. Security services came to an end and closed the environment.

It is unknown who the perpetrators are. The Minister of Communications does not rule out the attack by Islamic extremists. He announced the death toll on television.

According to the BBC, Aziz Istanbul is close to the restaurant and hotel where hostage was launched at the beginning of last year. Then there were about thirty deaths, including a Dutchman.