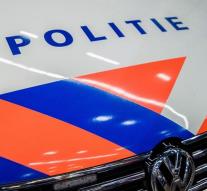 - Fourteen-year-old boy Sunday was found in his bed in the Brabant Lage Zwaluwe Death is not killed by a crime. That has set the police after investigation. His body was released to the family.

The cause of death has a medical background, according to the police.

The doctor called for help Sunday could not issue a natural death declaration, so the police decided to launch an investigation.