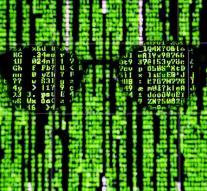 brussels - The European Union on Wednesday agreed on a major overhaul of piecemeal legislation on data protection. This, the European Commission said Tuesday.

Under the new regulation, people will be better able to exercise its control over their personal data. At the same time, businesses can better benefit from modern and uniform rules of the potential of the digital single market, says the Commission.

In contrast, the new regulation, the national authorities the power to impose fines on companies of up to four per cent of their turnover if they break the rules on data protection. The scheme also provides for " the right to be forgotten ', whereby EU citizens can remove require older information about them on the internet.

Teenagers under the age of sixteen years from now not on social media like Facebook and Twitter log without their parents' consent. Some countries will be allowed to maintain the current limit of thirteen years, the British MEP Timothy Kirkhope said on Twitter know.

The competent committee of the European Parliament examines still coming Thursday on the agreement. The full parliament votes in early next year.