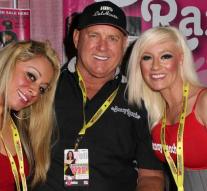 pahrump - The 72-year-old owner of the world-famous brothel Moonlite Bunny Ranch in Nevada, USA, has a seat in the state's parliament. There is a small problem: Dennis Hof died last month.