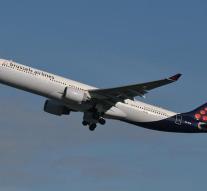 brussels - In the wheel of a plane Tuesday afternoon at Zaventem Airport found the body of a deceased man. The unit of Brussels Airlines departed from Dakar, capital of Senegal, the Public Ministry reported.

The identity of the victim is unknown. A spokesman for the airline it is a stowaway. Technicians found the body during a check of the aircraft. The man was carrying no papers on him. A doctor tries to determine the cause of death.

In 1999, the bodies of two young Guineans were found in the landing gear of an Airbus A330 of Sabena, the predecessor of Brussels Airlines.