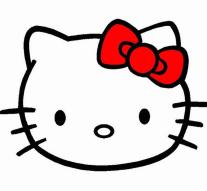 - Hackers have personal information of as many as 3.3 million Hello Kitty fans published online. The data comes from SanrioTown.com, the online portal for fans of Japanese cartoon kitten.


Stolen include database contains names, email addresses, dates of birth and country of origin. Even worse is that passwords are also captured. These are indeed encrypted, but would not be as strong as normal spoken need. In addition, the questions are also leaked to be used in restoring a password, and the corresponding answers. Attackers can therefore identify with very little effort user passwords.
Sanrio well as the company behind the hosting of the website are made aware of the hack, but have not yet publicly responded. The hack was discovered by security researcher Chris Vickery.
NEW