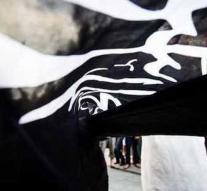 copenhagen - Denmark withdraws about sixty elite soldiers from Iraq. The country decided to do so because most areas that were in the hands of the terrorist group Islamic State have since been liberated.

The gradual withdrawal of the special forces must be completed in the autumn, reports the Danish Ministry of Defense. The country does not get all soldiers back from Iraq. For example, 180 troops are stationed at an air base in the country. The Danes also contribute to the international coalition that IS fights from the air.

IS underwent large areas in Iraq several years ago. In 2014, the jihadists conquered Mosul, one of the largest cities in the country. Meanwhile, there is little left of the Caliphate of the extremists. The Iraqi Prime Minister Haider al-Abadi said late last year that his country was completely freed from the terrorist organization.