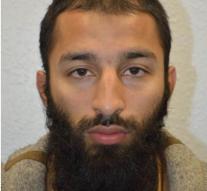 london - One of the perpetrators of the London attack last weekend had applied for a company that also provides security for Wimbledon, the world's most important tennis tournament held next month. According to the newspaper The Telegraph, Khuram Butt would have a conversation with the company at the end of this month.

Butt was shot dead by the police together with his two accomplices after the attack. Just before that, the three were transported on London Bridge by pedestrians, and they had attacked people in Borough Market.

The police are now investigating why Butt wanted to work at that security company. The possibility is that he initially had the tennis tournament as a target for an attack.