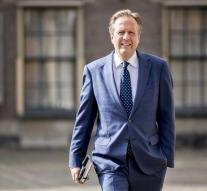 the hague - D66 and Christian Unie voters find that during the formation, their party should not admit to views on medical and ethical issues. This is evident from Tuesday's research of One Today.

Of all D66 voters, 62 percent find that the party has to cope, even if it leads to a political impasse. Christian ununced voters are even fatter: 71 percent prefer to have a minority cabinet or new elections than the party grants on this theme.

Electors of both parties indicate that ethical issues were an important reason for their choice of vote. People who voted for D66 fear that their party bids credibility as 'being rooted in the core values ​​of the party. 'They also point out that D66 in the Lower House is three times the size of the Christian Union.