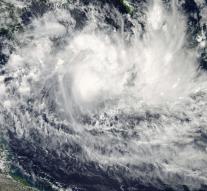 muscat - A special tropical cyclone has formed over the Arabian Sea and is within two days pour out so much rain in the Arabian Peninsula as normally falls in eight years.

The cyclone caused Chapala according to experts winds of 175 kilometers per hour and waves of more than seven meters high, Arab media reported.

Countries like Oman and Yemen measure usually 100 to 130 millimeters of rain per year.

Cyclones are very rare in the area. Since measurements began in 1979, Oman had only twice endured a storm with hurricane force. The only storm who knew Yemen had wind speeds of 56 kilometers per hour.