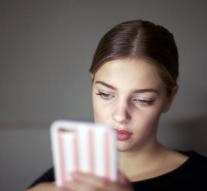 The organization, Ditch the Label, who has been fighting for bullying, has asked 10,000 young people from twelve to twenty years old for their experiences. Of the plague victims, 42 percent experienced Instagram. On Facebook, 37 percent of respondents did, at Snapchat at 31 percent. Only one in ten young people have experienced cyberbullying on YouTube, even though almost all respondents use the site.

Ditch the Label also asked the victims what exactly happened to them. Two out of three people received a common private message. Four out of ten were the target of rumors. With an equal group, someone had left a nasty message on a profile.