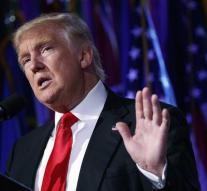 - US cyber security guard Matt Harrigan has been dismissed by the company he founded and directed himself. He wrote on Facebook that he would murder Donald Trump. Then someone said something, Harrigan replied that he would get a gun and would seek out a good spot.

Harrigan itself goes deep in the dust. On Twitter, he wrote that it was' ' which out of context '' a failed joke' was achieved. The US Secret Service would not comment.

Harrigan, alias 'Digital Jesus' is a hacker from the early years of the Internet. He made great penetration testing. Companies Harrigan paid to attack their systems so that he would find the weak spots.