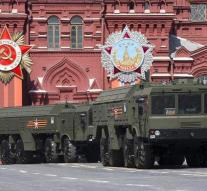 washington - A cyber specialist from the Russian secret service FSB who was arrested in Russia, is suspected of spying for the United States. Which reported the independent newspaper Novaya Gazeta and The Moscow Times Thursday.

Sergei Mikhailov, the Americans would put on the track of a landlord of server space. Those servers were used by hackers to cyber attacks and-spionage, including on electoral systems in Arizona and Illinois.

Russia would have already arrested four people. Among them is a manager of cyber security guard Kaspersky, Ruslan Stojanov, and another FSB employee, Dmitri Dokoetsjajev.