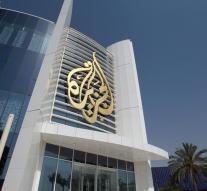 doha - The computer systems of the Arab news channel al-Jazeera were attacked on a large scale on Thursday. The transmitter is still in the air. Al-Jazeera is in the hands of the government of Qatar. That country has raged over the past few days with other countries in the region, including the powers of Egypt and Saudi Arabia.

It is not known who are behind the attack on al-Jazeera. It is also not known where the hackers have invaded and if they have taken part. The state channel QTV has closed its website carefully.

The quarrel was partly due to a recent message from Qatar State Press Office. In that, the head of state, the emir, expressed its positive opinion about Iran, an arch enemy of many Arab countries. According to US officials, that message was compiled by Russian hackers.