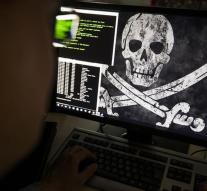 peking - Chinese government agencies, ranging from the traffic police to industrial regulators, and companies were partially paralyzed on Monday by the global cyber attack. Dozens of services could not do their job properly. However, the spread of ransomware WannaCry seems less aggressive than was feared.

'The increase in infected settings has been significantly reduced on Monday compared to the two previous days,' said the Chinese internet security company Qihoo 360. 'The initial concern about a large-scale attack by public organizations is not true. '

According to Qihoo, 30,000 computer systems have been infected since Saturday; in 4000 cases it was a school. At more than 20,000 petrol stations of the Chinese oil giant CNPC, customers could only pay cash.