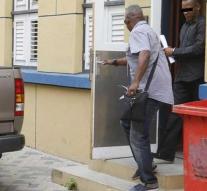 willemstad - On Curaçao church leader Orlando B.- who turned out to be a sex-hungry predator who also abused underage girls- sentenced to fourteen years in prison on Thursday. Nor may he exercise the function of church leader for nineteen years.

At first instance, the self-proclaimed apostle was sentenced to nine years in prison and a four-year ban. According to the judge, it has been proven that the 54-year-old B. has sexually abused several women and also minors over a long period.

The prosecutor had claimed against him for twelve years. But according to the court, a higher sentence is appropriate here given the nature of the facts. B. himself calls himself a victim of a plot. Other churches would have incited people to make false statements.

Following a sound recording of a victim used at court, he said that in that specific case he had made 'a religious mistake'.