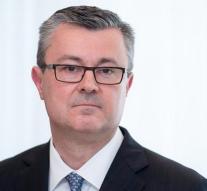 zagreb - The Croatian parliament has dissolved itself Monday and thus paves the way for early elections. Which will probably take place in early September.

The dissolution vote came after the Croatian parliament last week had deposed the government. This happened after a motion of no confidence lodged by the largest party in the ruling coalition.

The parliamentarians voted overwhelmingly Thursday off the non-party prime minister Tihomir Oreskovic. In a vote were 125 of the 151 MPs for the resignation of Oreskovic which only five months was in charge of the government.