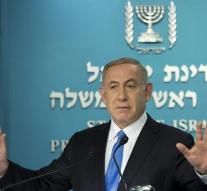 jerusalem - in Israel the Advocate General has instructed the police to begin a criminal investigation against Prime Minister Benjamin Netanyahu. This research is focused on two topics not mentioned by name, according to the Israeli station Channel 10.

Media have previously reported on conflicts of interest surrounding a lawyer Netanyahu at the purchase of German submarines. Netanyahu later denied having done anything wrong.

The Ministry of Justice did not respond to the message about the investigation. According to Channel 10 is one of the subjects that wants to Advocate General Avihai Mandelblit see an issue that has not yet been publicized.