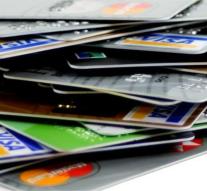 amsterdam - Ukrainian hackers have at least six months, credit card information stolen from people in the shop of the Senate Republican Group in the United States bought something. This was discovered by the Dutch security researcher Willem de Groot, who shared his experience with Follow the Money. Meanwhile, the malicious code has been removed from the site.

Once a visitor entered the information on the site, which were forwarded to a server in Russia. Follow the Money was then in Ukraine via a front company in Belize. De Groot looked at the code used and says he has found that code at 5800 websites.

Stolen credit card details are sold on the Internet. They are usually captured at once by hacking into a database. However, the method used by the Republicans is more like the skimming of a credit card.