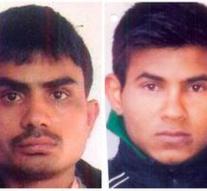 new delhi - The High Court of India has rejected the appeal of four men who were sentenced to death in 2012 because of the rape and assassination of a woman in a passenger bus.

'It's a barbaric crime that has caused a shock in the country,' said Supreme Court Banumathi against a packed courtroom. The four had appealed because they found their punishment 'out of proportion'.

The shocking case led to a wave of indignation in India and the rest of the world. Throughout the country, protesters went up the street to plead for heavier punishment for rapists.

In 2014, three other Indian men were sentenced to death for the abduction, rape and assassination of a 19-year-old woman. They also appeal against their punishment.