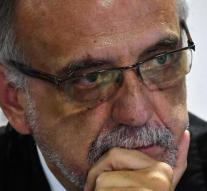 guatemala - The constitutional court of Guatemala has prevented the deployment of the UN Anti-Corruption Commission leader (CICIG) on Sunday. President Jimmy Morales had ordered a video on Twitter Ivan Velasquez, the head of the influential team that began researching the financing of the 2015 election campaign, immediately threw out the country.

However, the chairman of the constitutional court opposed the expulsion and said that the Foreign and Interior Ministers and Defense Ministers would not cooperate.

Morales declared the Colombian Velasquez as an unwanted person a few days after saying that the president should have been in power since 2016 on the funds from which he could put in the run-up to the successful election. It may be illegal money.