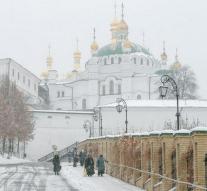 luxembourg - The financial support of the European Union to Ukraine in recent years, little removed. Yielding results or threatens to be canceled out by the corruption, the conflict in eastern Ukraine and the unstable political and administrative situation. ECA expressed Wednesday in a report highly critical of the support program.

The financial assistance from the EU amounted in 2007 to 1.6 billion in 2015. In addition, Ukraine received 3.4 billion euros in loans. The assistance was intended, inter alia to improve public finances, corruption and gas sectors.

Ukraine is still seen as the corrupste country in Europe and that the fight against corruption ' yield results remains to be seen, '' writes the institution established in Luxembourg. A small elite controls what happens in the economy, politics and media of Ukraine, according to the auditors.

Since a new government took office in 2014, has been some progress. The conflict in eastern Ukraine, however, the economic and financial problems ' very aggravated. '

The EU adopted in 2014 ' as makeshift and without strategy 'a new aid package of 11.2 billion euros for seven years available. The court makes a number of recommendations to ensure that this is better spent: the European Commission and the EU foreign service should pay more attention to establish the conditions for disbursement and more emphasis on the management of the Ukrainian public finances. Furthermore, the expenditure must be kept a closer eye.