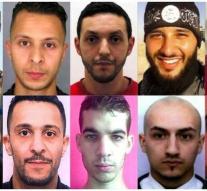 brussels - The Belgian lawsuit against terror suspect Salah Abdeslam starts Monday. The court in Brussels has set aside a week for the trial of a shooting in the Brussels municipality of Vorst.

The 28-year-old Frenchman has been in prison in Paris for over 2.5 years. During the trial he is transferred to a high security prison near Lille and brought to Brussels every day and back again.

Abdeslam is the only surviving terrorist in the Paris attacks, killing 130 people on 13 November 2015. His bomb belt would not have gone off. No date has yet been taken for the French lawsuit.

The most wanted man in Europe appeared to be hiding after the attacks in Paris in the Brussels borough of Molenbeek, where he grew up with his older brother Brahim, who blew himself up in the French capital.

During the shooting in Forest on 15 March 2016, a Belgian-French police team wanted to search a house in the Driesstraat, where the police officers were unexpectedly shot at. Three of them were injured. A police shooter shot the Algerian terrorist Mohamed Belkaïd (35) to death, but Abdeslam managed to escape.

He was arrested in Molenbeek three days later. Four days later, on 22 March, the fatal attacks in Brussels took place, possibly accelerated because of the arrest. The Public Prosecution Service does not exclude that Abdeslam was in the same network.

A third man was present in the house in Vorst. This Sofien Ayari from Tunisia (24) is also available. Both have been charged with 'attempted murder in a terrorist context' and can receive imprisonment for up to forty years. The trial was postponed earlier because Abdeslam's lawyer Sven Mary needed time to study the case.