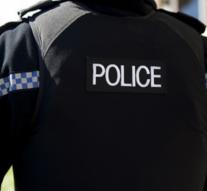 exeter - A British couple convicted of mental and sexual abuse of ten children. David and Pauline Williams began the abuse in the eighties when they had a pub in Gloucester . There she also became friends with Fred and Rose West, who later turned out that at least twelve young women were raped , tortured and murdered.

Six girls and four boys were victims of the bunch , some were only seven years old . The abuse sometimes went on until the kids were teenagers. The children were violently forced to work with.

The abuse continued when the couple later moved to Exeter in Devon and elsewhere , reports The Guardian. David and Pauline Williams pleaded not guilty to 46 charges of sexual and mental abuse between 1989 and 2004. But the man was found guilty of , among other ten rapes and thirteen sexual assaults , his wife of two rapes and five assaults .

The two did recognize that they have known Fred and Rose West . & quot; I have not threatened by telling them about the Wests . Absolutely not. There was nothing frightening about them on my conversations & quot ;, said the man. Next month, the sentence is determined , but the judge promised the couple already lengthy jail sentences.