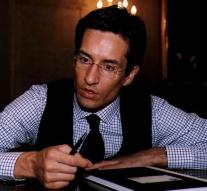 - The former Austrian Finance Minister Karl-Heinz Grasser to stand trial on charges of fraud and corruption. The 47-year-old former minister was Thursday after a seven-year investigation indicted along with fifteen other suspects.

Grasser was in sales of almost 60 000 government houses a private investor in 2006 tipped how high his bid had to be to beat another bidder. Together, the suspects would total 9.6 million- 10 percent of the sale price- received as a reward.