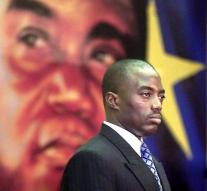 - The Democratic Republic of Congo, the presidential elections scheduled out until April 2018. Both the ruling coalition and some opposition parties have opted for next month.

An official reason is not known, but according to opposition parties that President Joseph Kabila is the only way to stay on. He should actually resign end of 2016. Some major opposition parties are furious about the decision. They have vowed again to take to the streets to force Kabila to relinquish his seat of power. In September, more than fifty people were killed in protests against Kabila.

Kabila has been president since 2001, but the constitution does not allow it again a candidate. The highest court in Congo has previously ruled that Kabila should stay on until a successor is elected.