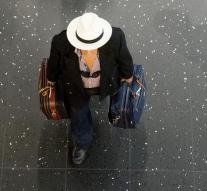 - Dozens of Moroccan passports of citizens who had applied for a visa for the Netherlands, last week in Morocco stolen during a secure transport through a courier company. Moroccan secret services fear that the documents are in the hands of criminals or terrorists.

The Foreign Ministry confirmed the missing passports, which earlier was reported in the Moroccan newspaper Assabah, Post De Volkskrant. It is about 71 documents, 41 of which were provided with a valid visa. The other applications were rejected.

Passports, visas names and numbers are now are now registered internationally. According to the Moroccan authorities and the Dutch Royal Constabulary has not traveled with the passports.